Six weeks of low profile, the Boat club and the driveway

The last 6 weeks have been pretty busy for me, work-wise and 1:1 scale project wise.
Finally got the retaining wall and driveway projects sorted with the help of my good mate Glenn. 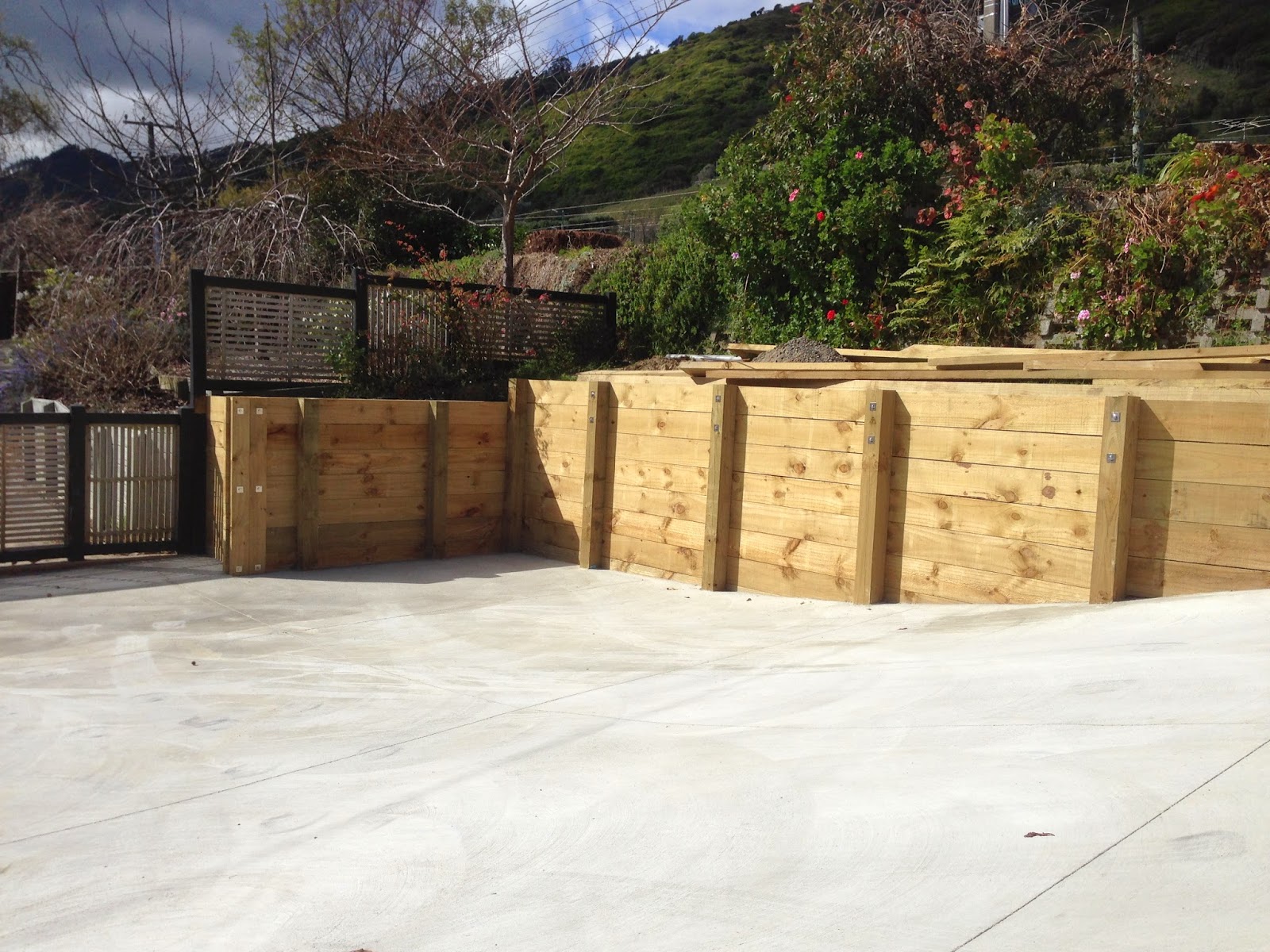 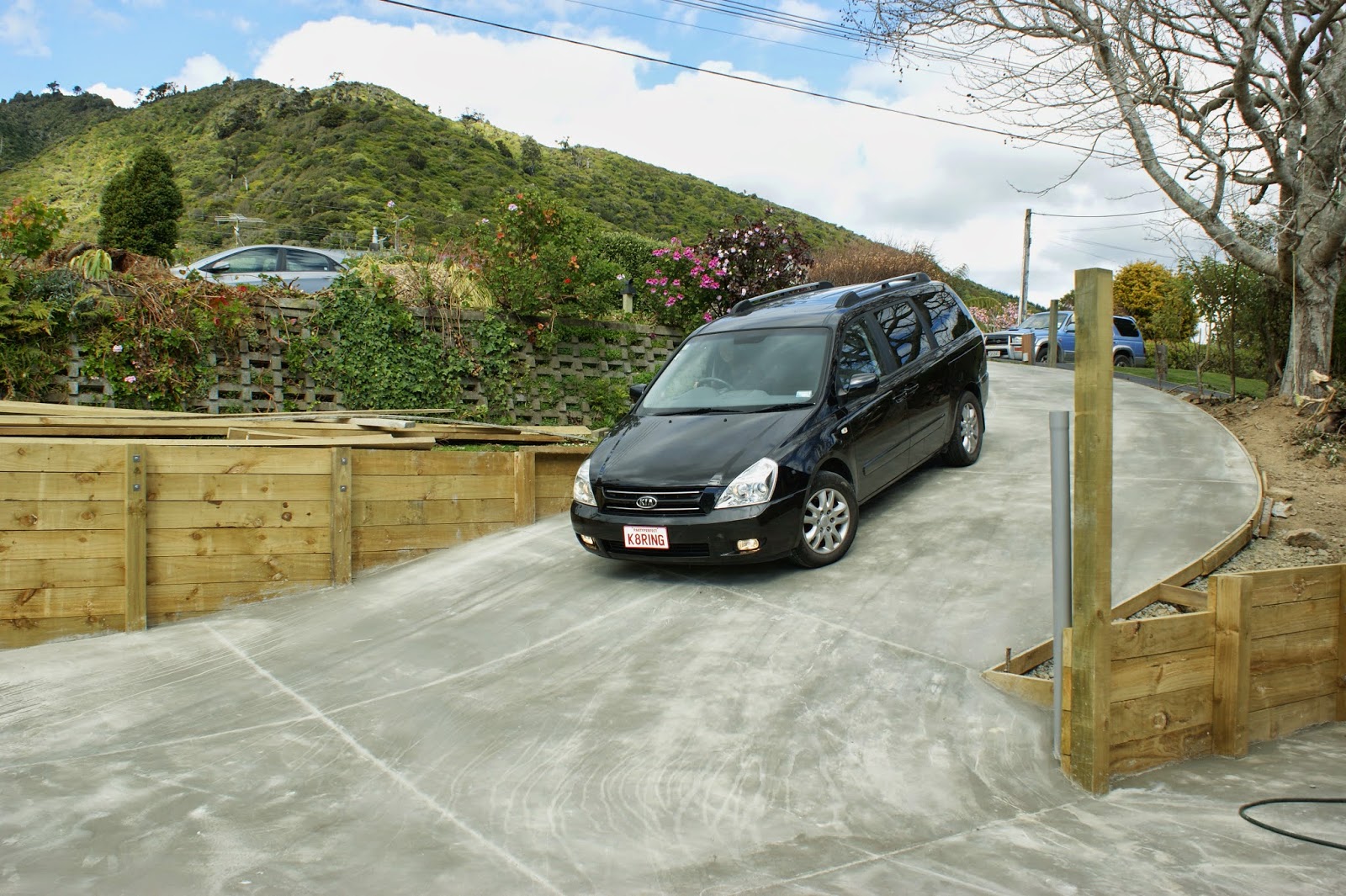 Drivin' on it for the first time

My wife's catering business, PartyPerfect Catering, has also had a busy few weeks, having two events in the Visa Wellington-on-a- Plate, presenting Ocean to Table, Kapiti Style. I got co-opted to talk about one of my other passions, sea-life, in this case the edible sea-fishes of the Kapiti Coast of New Zealand, and got my name in the local paper (Kapiti News) in the process. She's furiously working away as I write, preparing for catering for the turning of the first sod on the loooong awaited Transmission Gully Motorway. It will be the second time in as many years that she's been selected to cater for the Prime Minister of NZ. I'm so proud of what she has achieved in the last 5 years.

While I was ranting on my fantasy blog about the direction that Games Workshop was taking, I focused more on my fantasy armies than WW2. Couldn't resist the July Military Modelcraft Magazine though, featuring a step-by step article on the T34, BDRM and the Marmon-Herrington armoured car:

It seems that Napoleonics may not quite happen next year for me (Waterloo anniversary), as Nick, the other potential 28mm Shako enthusiast at our club, is following his heart to Hamilton. So my mind has wandered back to Saga, and its possibilities.

I've been buying an interesting bi-monthly magazine from the Netherlands, Wargames Soldiers and Strategy, enjoying it so much that I could hardly wait for the next edition. Rick Priestly has been writing a column, (now sadly in it's last installment) on the mechanics of wargames design.It also features an article on Jugula, the Roman Gladiator game, from the makers of Saga.

Last ed saw a discourse on the Battle of Bannockburne, and also some Batreps on playing Steppe Warriors (Mounted Mongols etc) in Saga and similar skirmish games. This edition is focussed on the 7 years war, Muskets and Black Powder, and an article on Osprey's new medieval ruleset: The Lion Rampant.

What I really enjoy about this mag is that it is neutral in terms of rulesets, and discuss the nitty-gritty of gaming, the models and strategies, and does not preach that one set of rules is better than another. I enjoy how they often discuss how, for example, say mounted Mongols, fits with many rule sets, how it compares with competitors in terms of size, finishing, quality, variety of poses, etc. The stuff my type of modelers and gamers want to know. 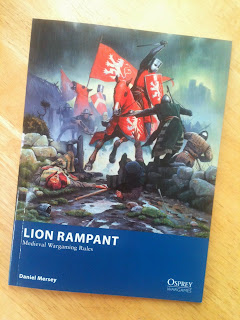 This has set me thinking as to what I could do with my Warhammer Fantasy Armies if I should give up on GW. The fantasy genre takes a huge amount of liberties with historical arms and armour, but I think I could well use my Empire Armies as late medieval/early renaissance.

Posted by Herman van Kradenburg at 04:31 No comments:

Seems that the cooler weather here in NZ has caused most gamers to have some introspection, or is that inspection of the into pile of shame. That lead and/or plastic pile that has not been touched, or that games system that you no longer play...

It is also a about balance and avoiding the avarice. (Pontificates the King of Avaricious collectors)
Stilling that magpie in us that wants to collect them shiny toys! I suspect I have not only a single magpie, but a whole colony!

Balance ! That's it boys! So this weekend I got stuck into my 1:1 earthworks project, rather than paint and model (too much) 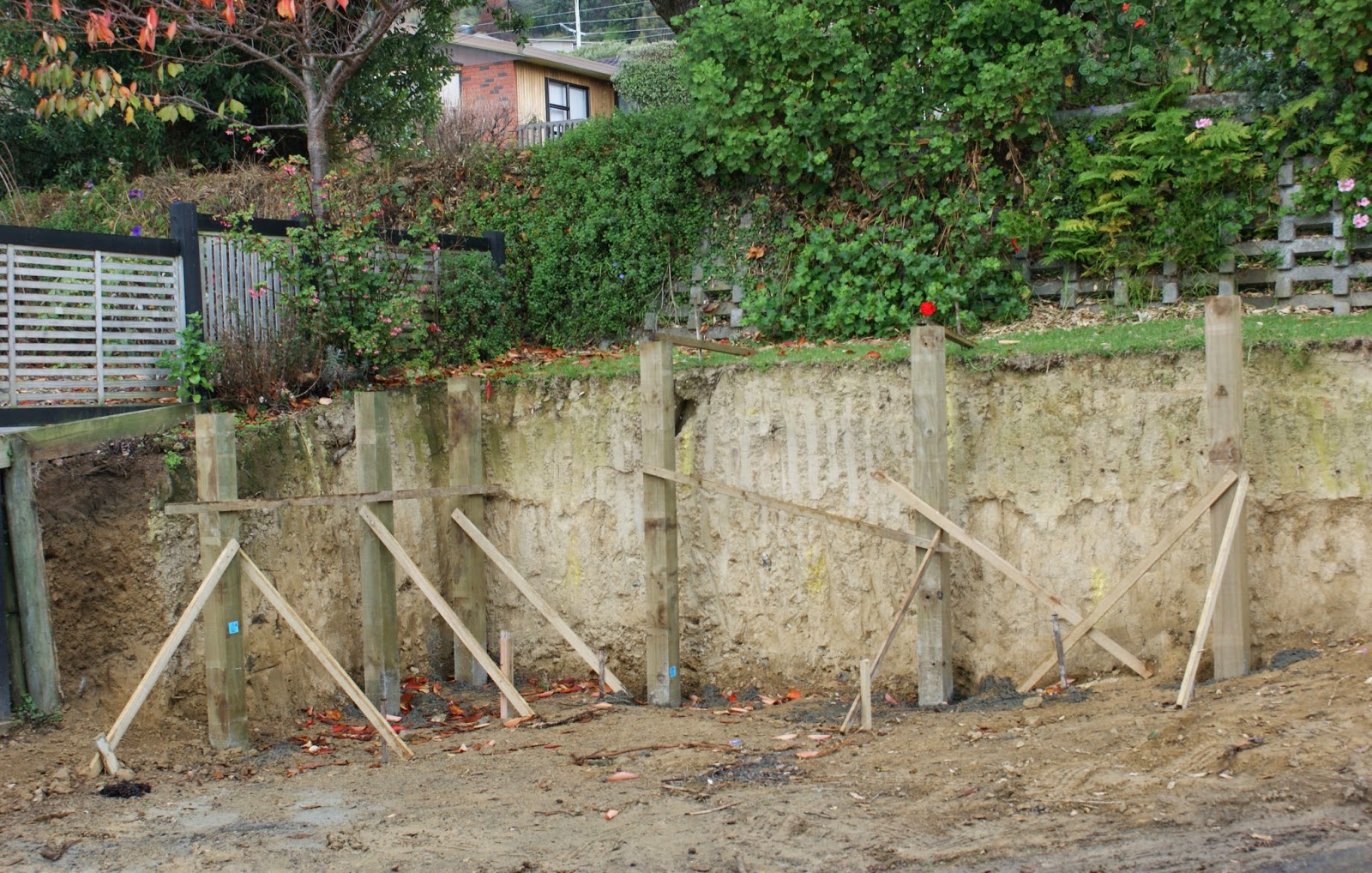 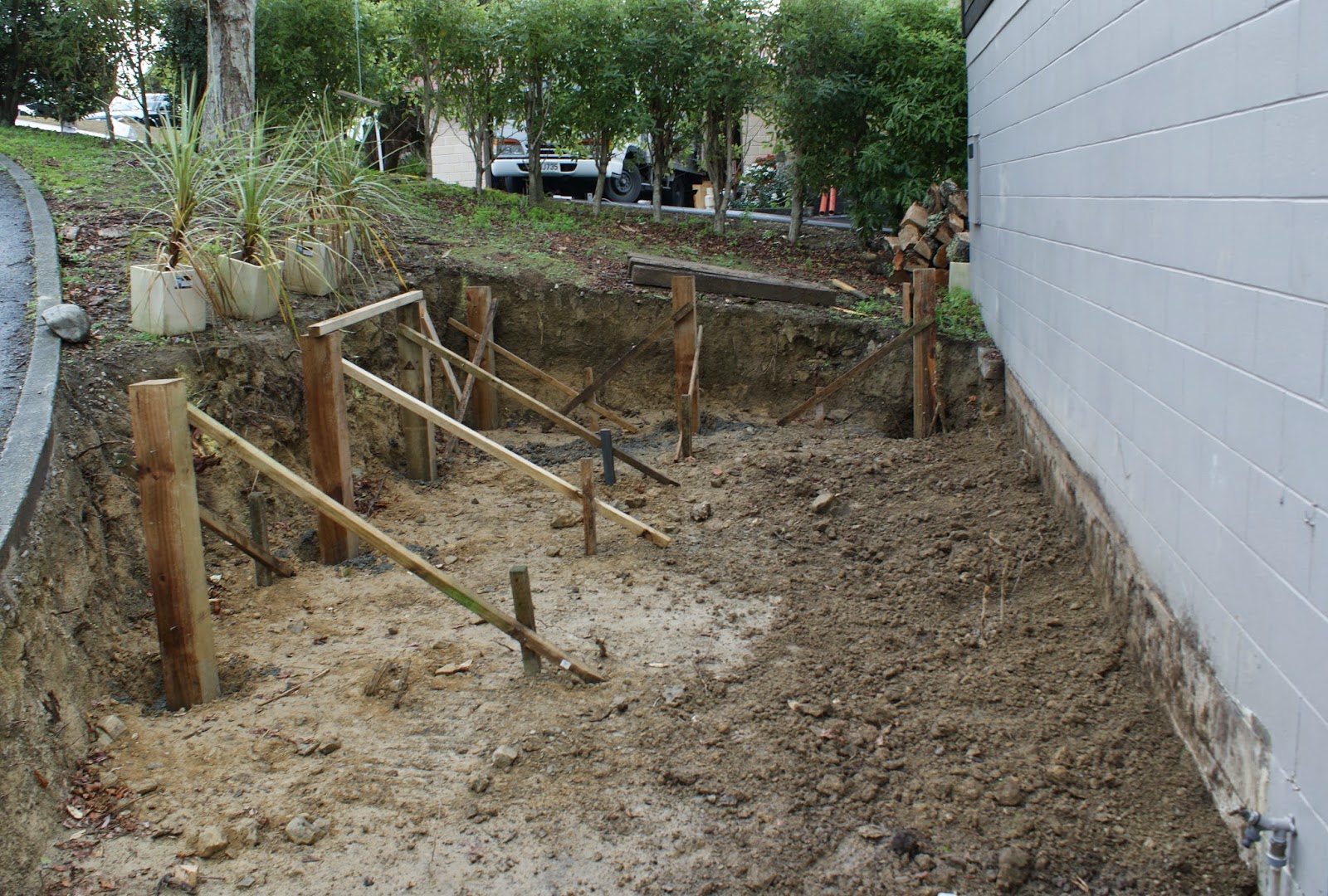 Looking a bit like Rommel's west wall and hemmbalken to capsize Allied Higgins boats, my retaining walls start to take shape, Call them Herman's asparagus if you wish, but the posts are concreted in...

Rather satisfying, and now we have to wait for the concrete around the piles to set. So thoughts turn to a soak in a hot tub, and to the Royal Ordnance Factory: 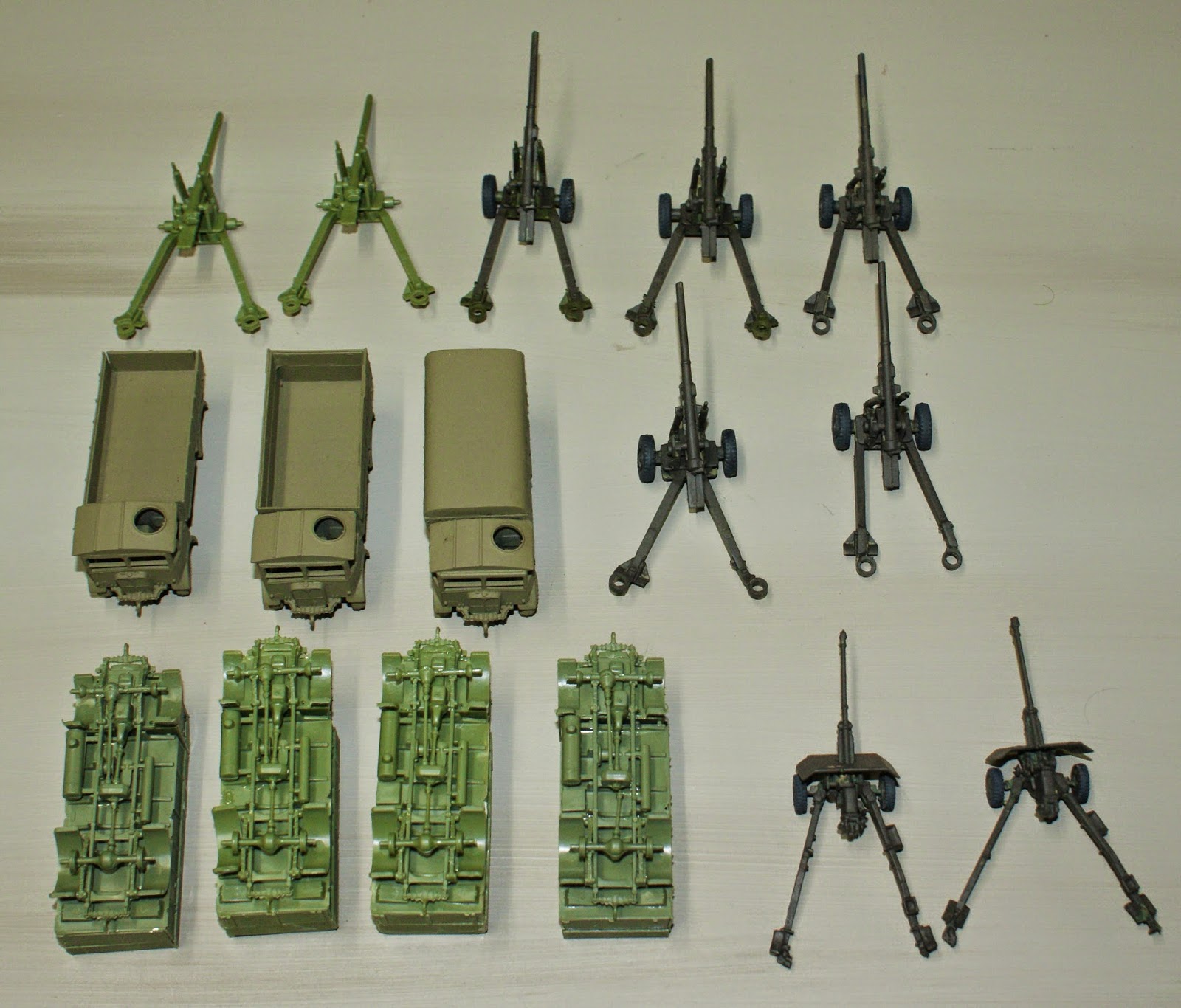 Three Matadors with 3.3 inch guns bought off Trademe, and four in the process of being built 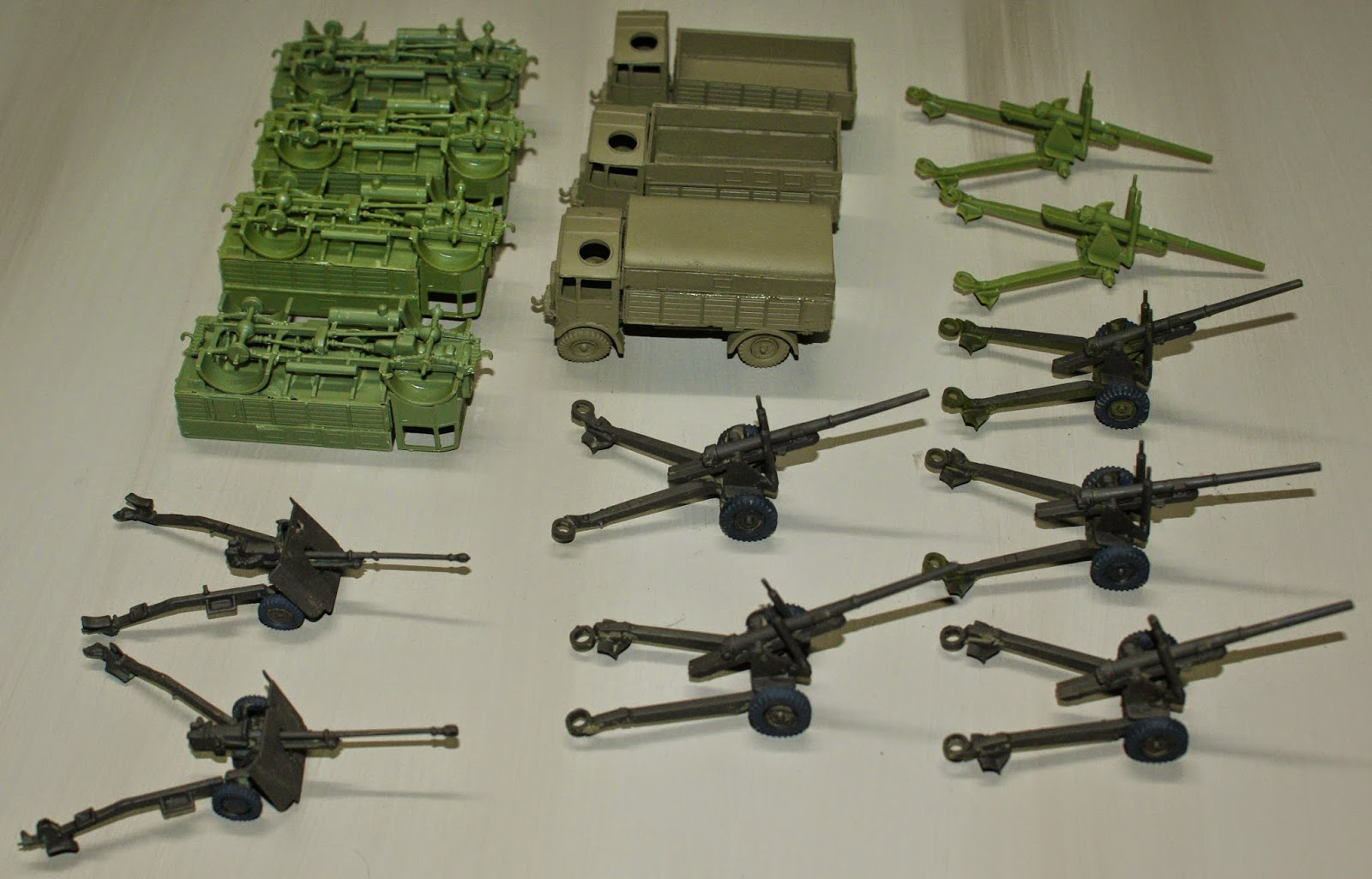 "Dead Ants" Matadors, glue drying and awaiting their wheels, as are two of the guns,all  freshly assembled.

And 2 QF 17 pounders to add to the existing battery to make 4.
Surprisingly hard to come by these OOP models. 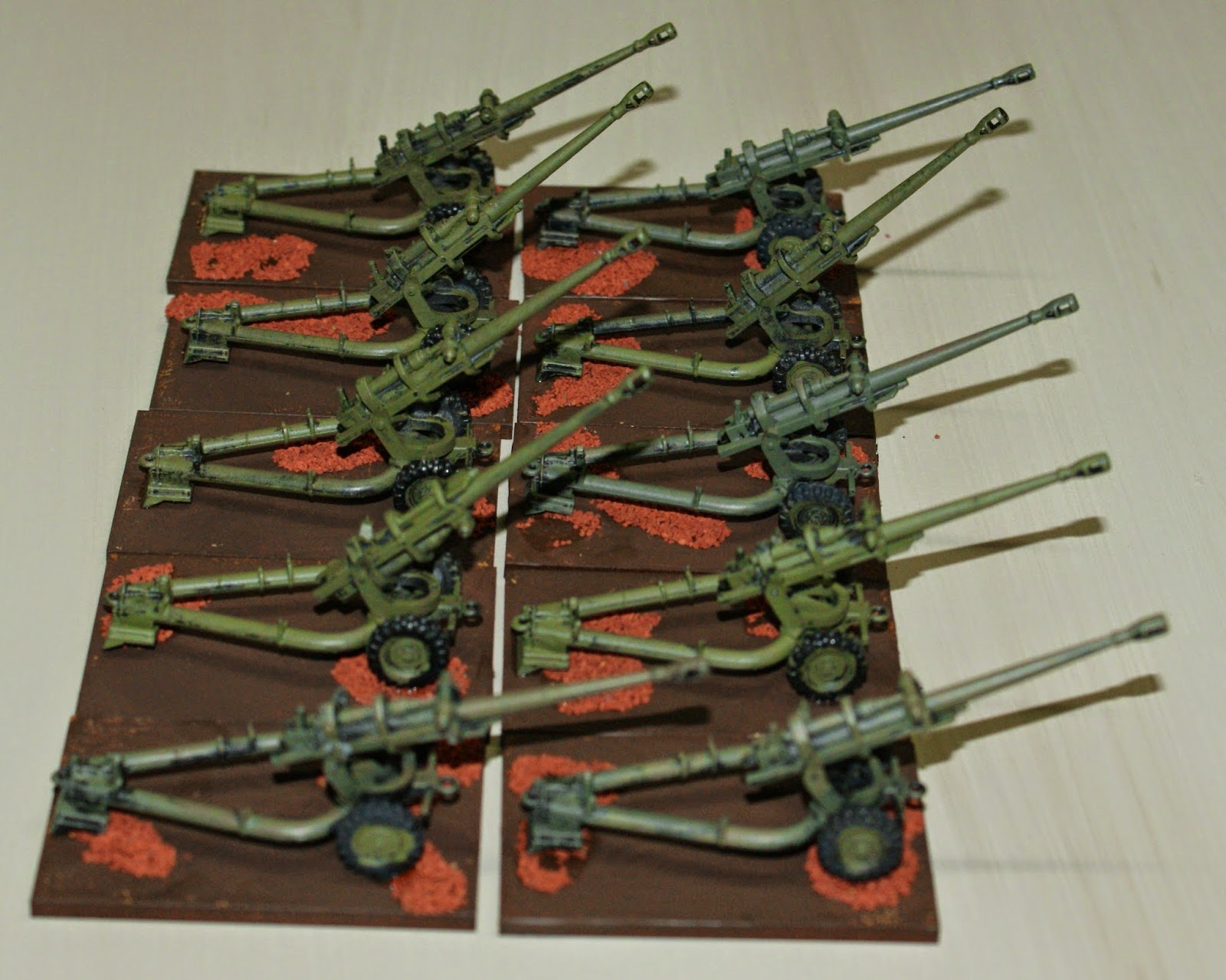 And my 105 mm medium howitzers 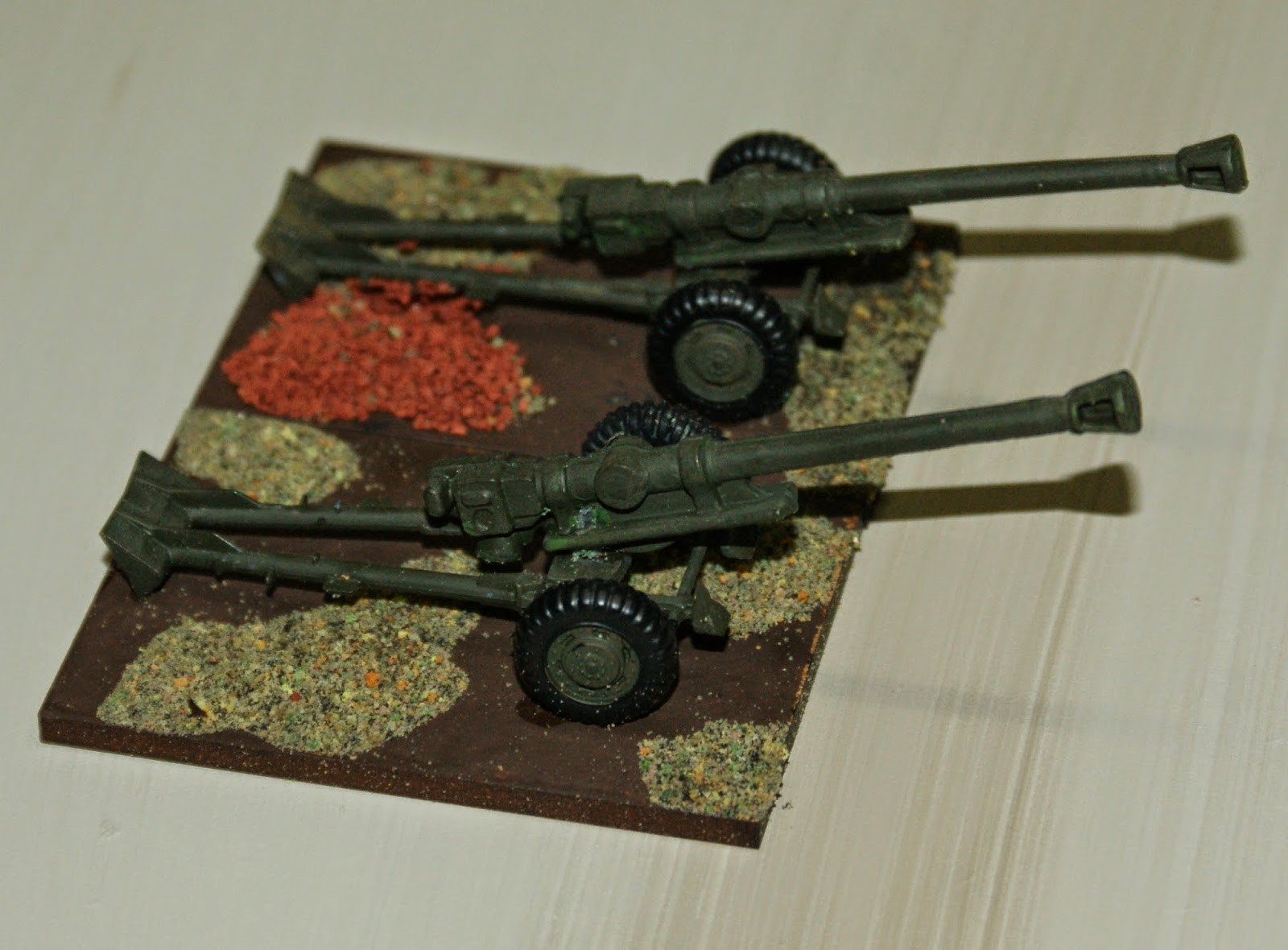 ..and 2 Long Tom What the $@&?!s.
Survivors from my childhood. Probably fictitious Chimera guns with little historical accuracy.
Useful  in a pinch, as no-one can really accurately identify these horrors! 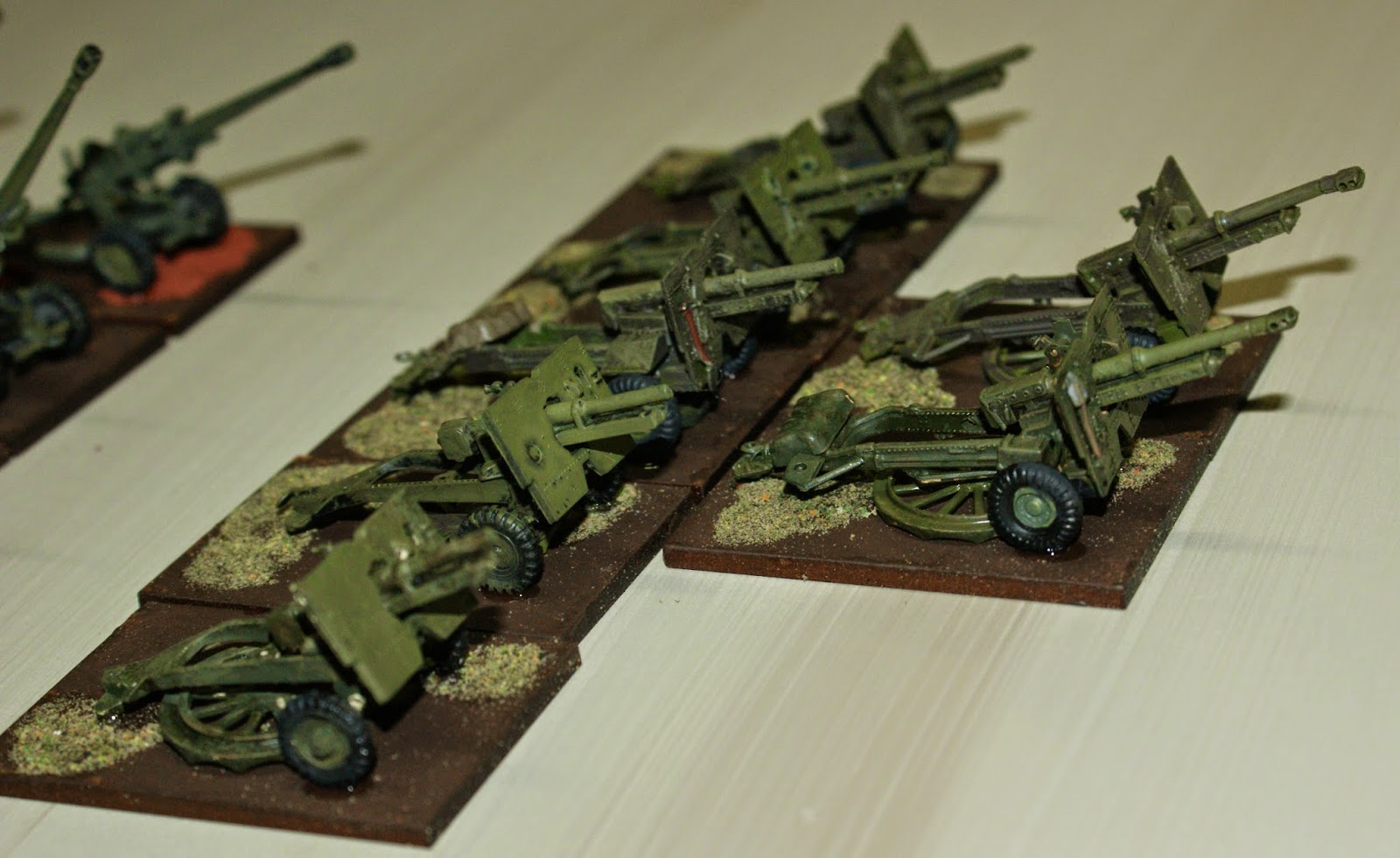 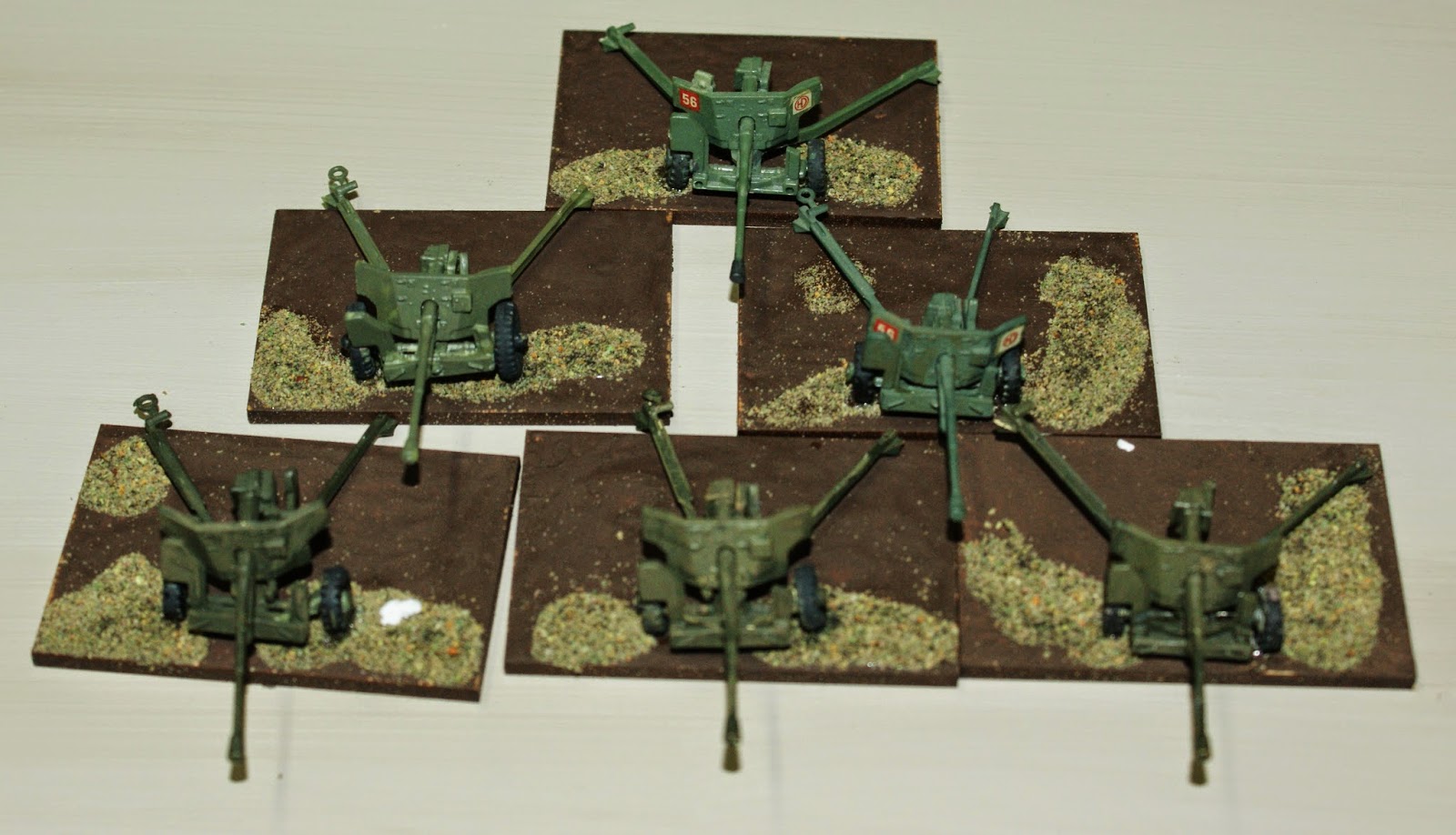 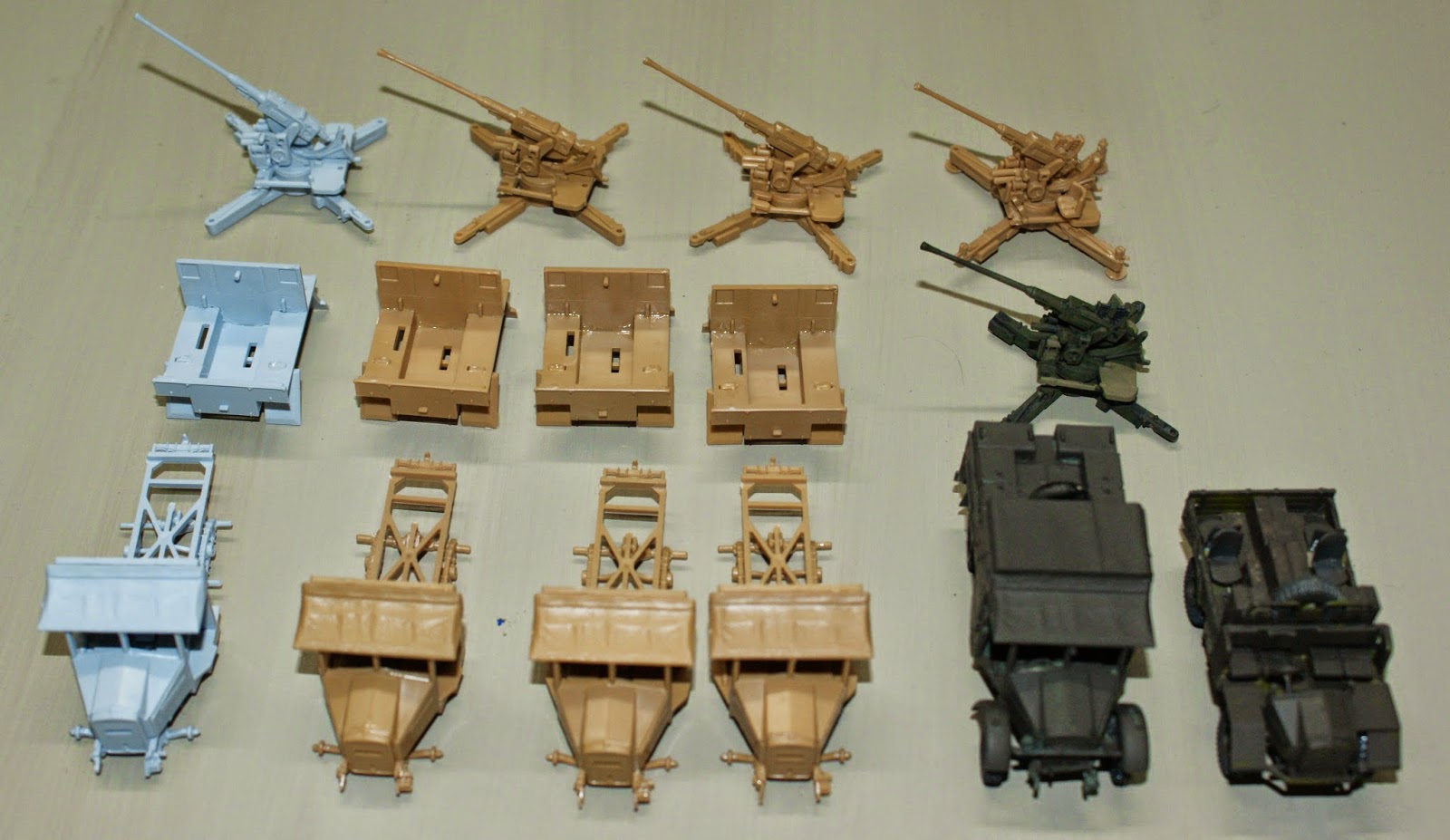 And as I have no Allied AA apart from a single half-track mounted GMC and 2 Russian 37 AA guns, the Royal Ordnance Factory has now been instructed to build those 40 mm Bofors guns and tractors that have been lurking in that pile o' plastic for a while... 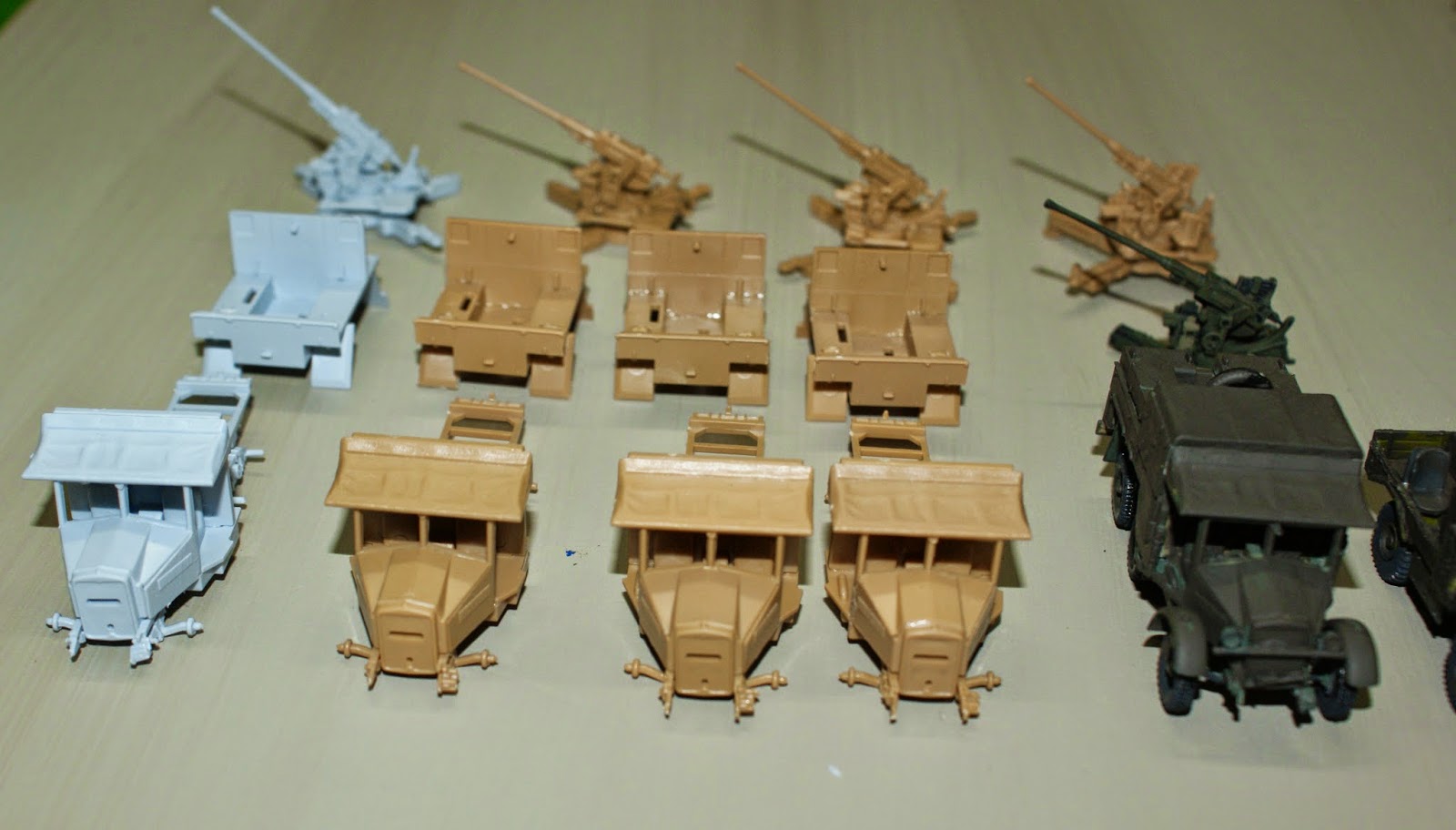