After many delays and much anticipation the New Zealand Room and the Chunuk Bair Diorama at the Dominion Museum (National War Memorial in Wellington) finally opened its door to the public today. 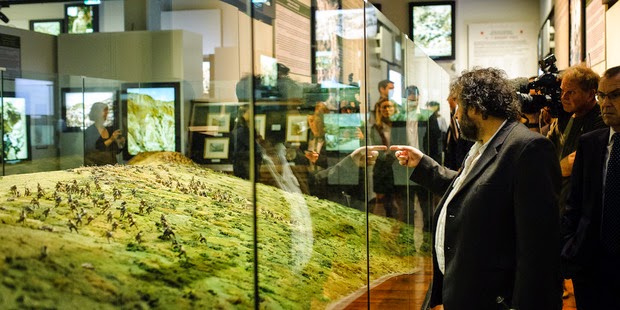 I was again fortunate enough to share in a behind the scenes look at the New Zealand Room. On Friday night I joined the Campbell clan on a Night at the Museum tour with Rhys Jones. Thank you again Rhys for the wonderful opportunity to see the diorama and the personalised tour you gave us.

Like the rest of the experience, it was just priceless. 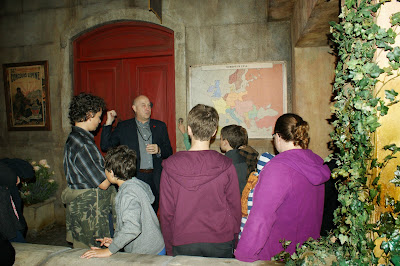 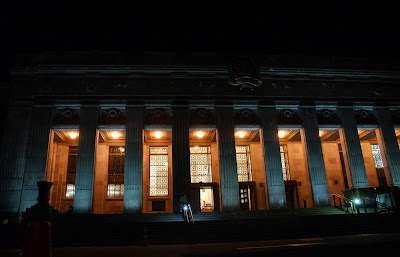 The Museum at Night

I will post photos and my impressions on the rest of the exhibition separately, but now the embargo has been lifted; the first look at the NZ Room:

The purpose of this room is to commemorate the New Zealanders' first taste of war, the disastrous WW1 Dardanelles campaign, and specifically the Gallipoli landings, and the attack on Chunuk Bair.

The topography of the terrain was lasercut from actual measurements by Weta Workshop and the terrain and emplacements based on air recce photographs taken in 1915. 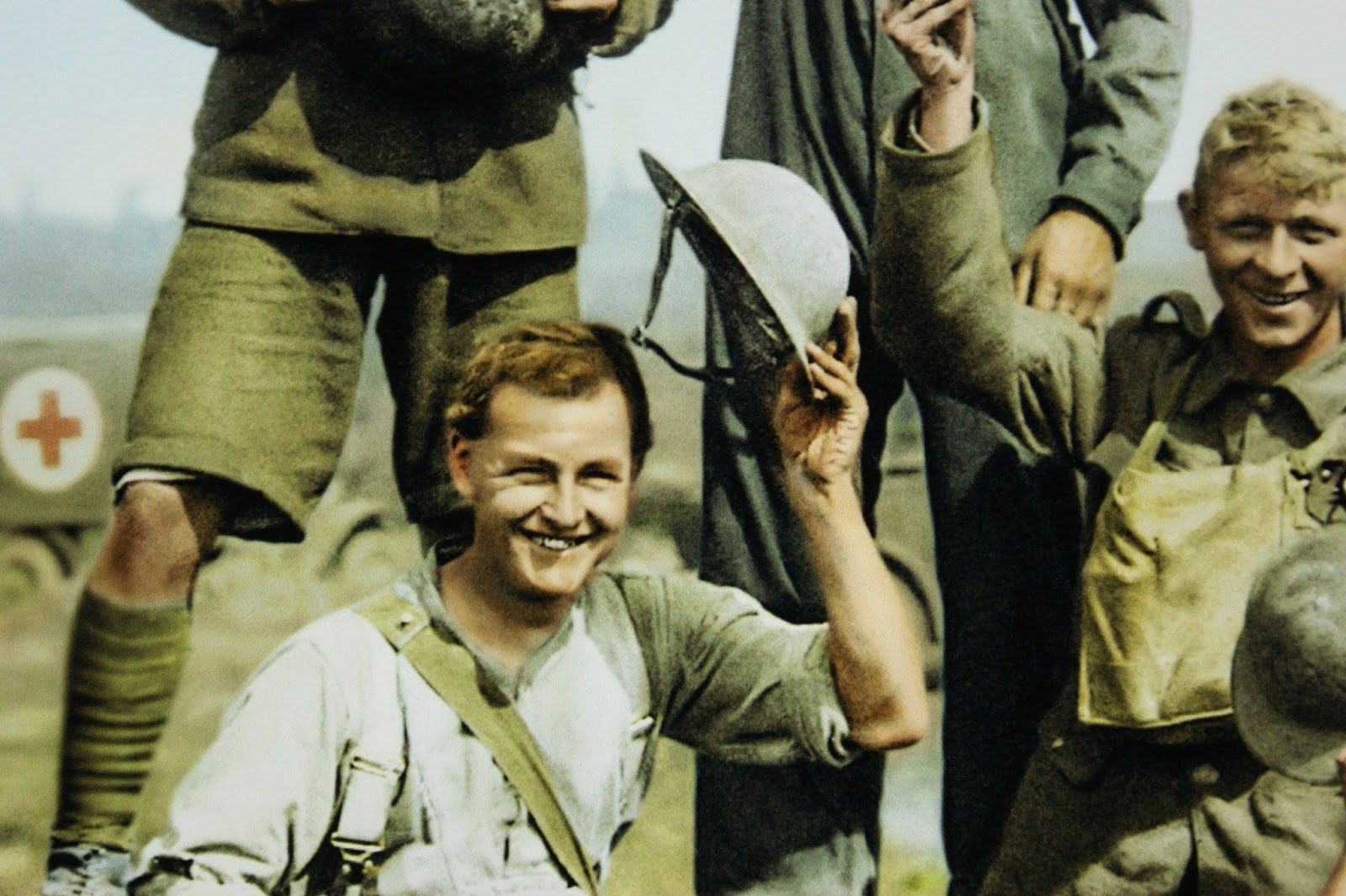 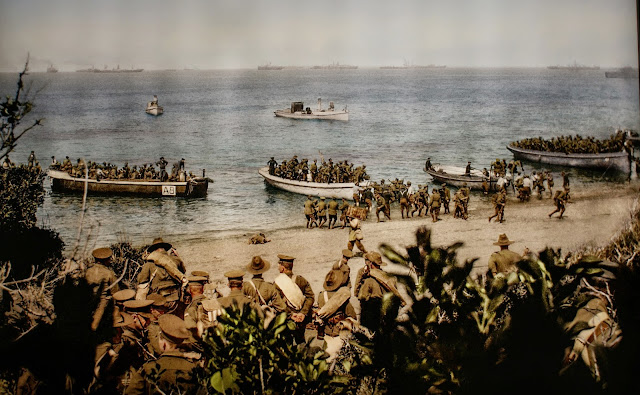 The lighting was not yet set up properly when we had our tour. WETA Workshop workers were still installing displays; and my photographs are so-so, anyway, here they are: 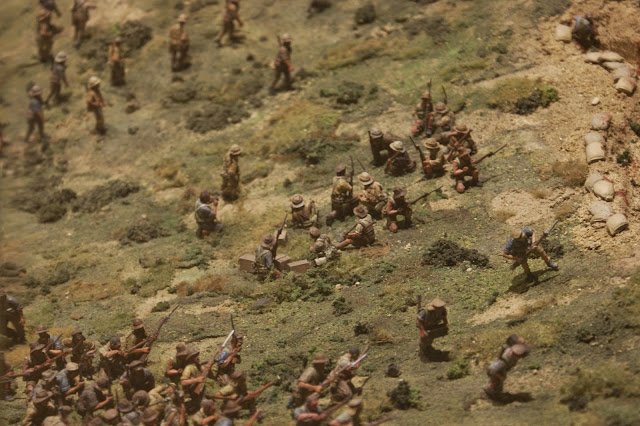 Peter Jackson snuck a little cameo of himself into the diorama; Brownie box camera in hand

I have tried to use the historical time-line to explain the battle as seen in the diorama:

The attack, which began on 6 August, was carried out by two columns of the New Zealand Infantry Brigade. They were to meet at Rhododendron Spur and then move up to the summit of Chunuk Bair. It was an ambitious plan that depended on speedy execution. 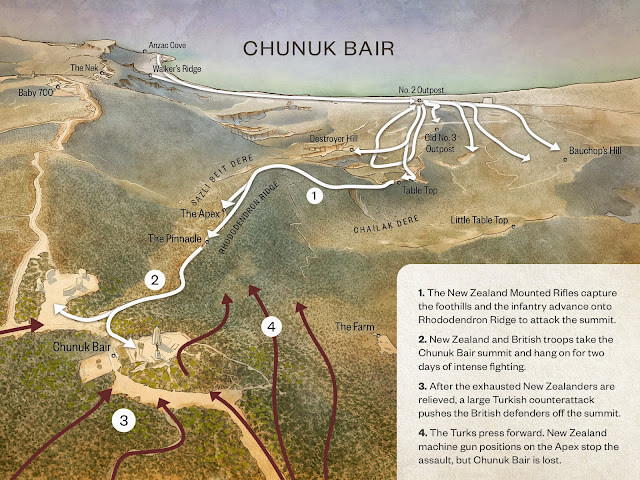 1. The operation started well – men of the New Zealand Mounted Rifles Brigade and the Maori Contingent successfully cleared the way for the assault columns. But delays meant that the attack on the summit was ordered before all the infantrymen had reached the Spur. 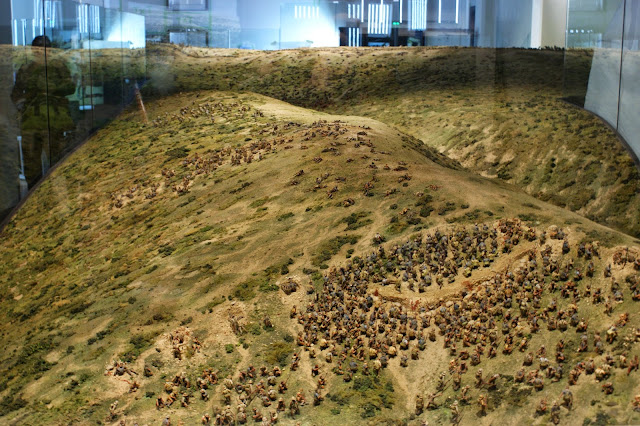 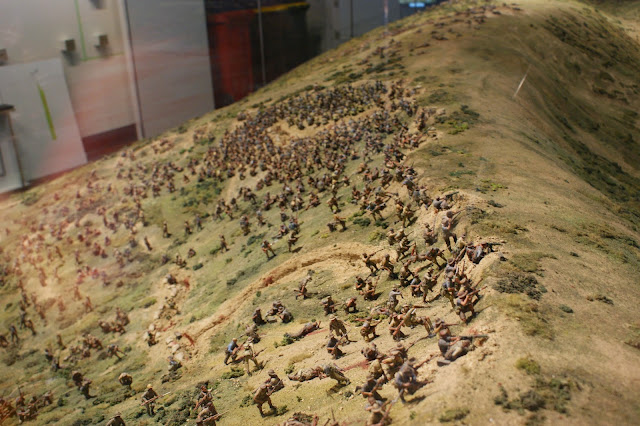 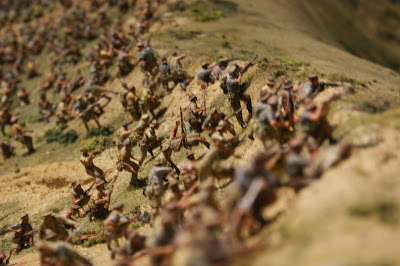 View North towards the Summit  and Apex from the South (Seaward side on the Map): Rhododendron Ridge and NZ  Mounted Rifles and Maori Contingent

2. The Auckland Battalion assaulted first and failed. The commander of the Wellington Battalion, Malone, refused to sacrifice his men in a daylight attack and insisted on waiting until night. Malone was a tough but respected commander from Taranaki who regularly put himself on the line for the welfare of his men. He allegedly told his superior, Brigadier-General Johnston: ‘We are not taking orders from you people… My men are not going to commit suicide.’ 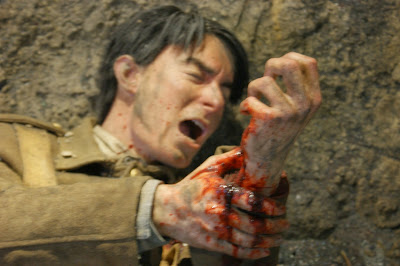 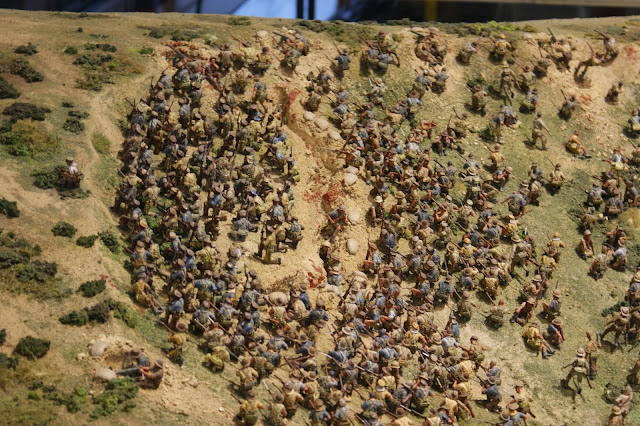 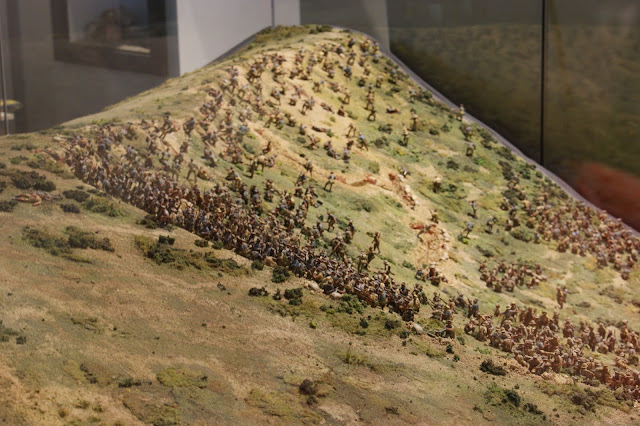 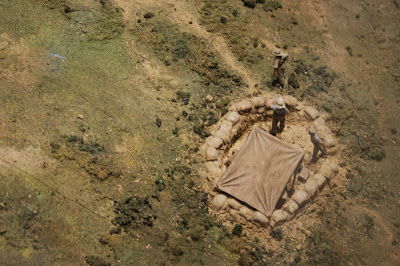 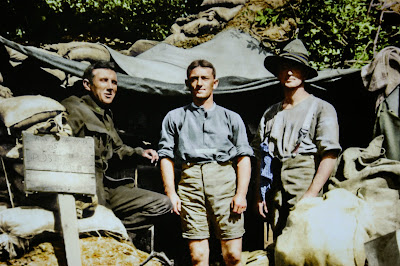 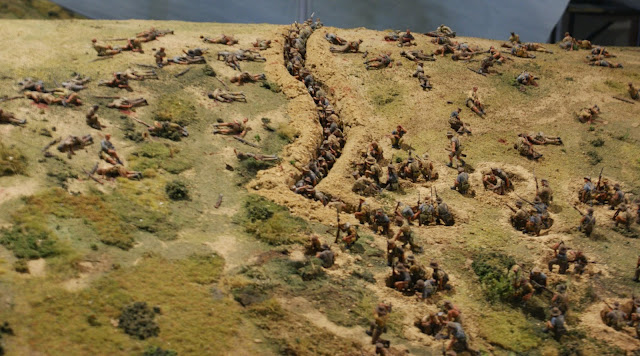 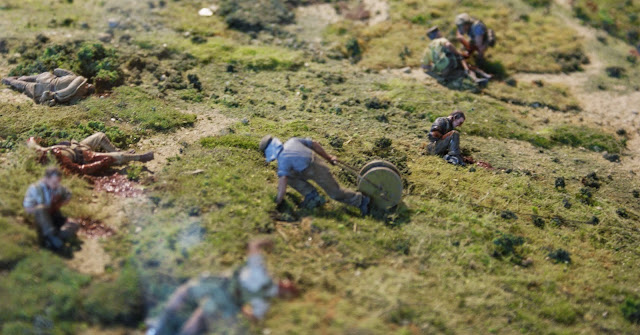 The Assault on the summit meets with stiff opposition.
Corporal Cyril Bassett hauling telegraph line up the hill.  Under continuous fire Bassett succeeded in laying a telephone line from the old position to the new one on Chunuk Bair. He received the only Victoria Cross awarded to a New Zealander in the Gallipoli campaign. 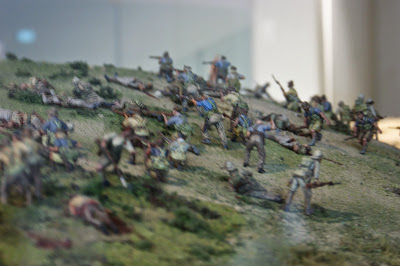 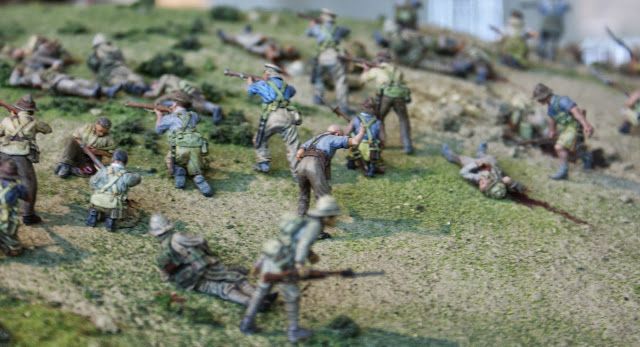 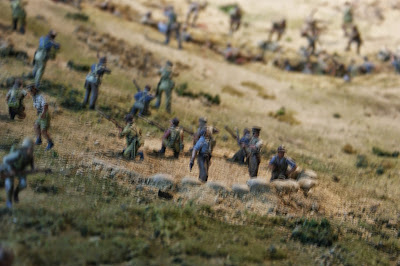 Malone closer to the summit. He was killed by Allied shells later in the day

The Wellington Battalion took and occupied the summit before dawn on 8 August. With sunrise came a barrage of fire from Turks holding higher ground to the north.

3. A desperate struggle to hold Chunuk Bair ensued. It was not until after dark that the Otago Battalion and the Wellington Mounted Rifles arrived to reinforce the 70 Wellington Battalion men (out of 760) who were still holding the line. Malone had been killed by an Allied shell at about 5 p.m.

Thousands of Turks attack the summit next morning 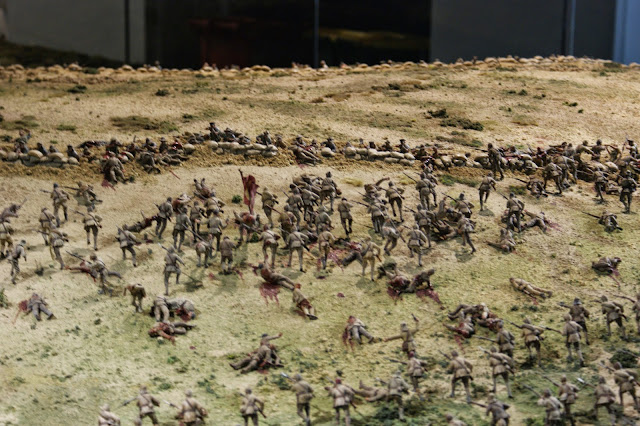 The Wellington Rifles repel wave after wave of Ottoman attackers 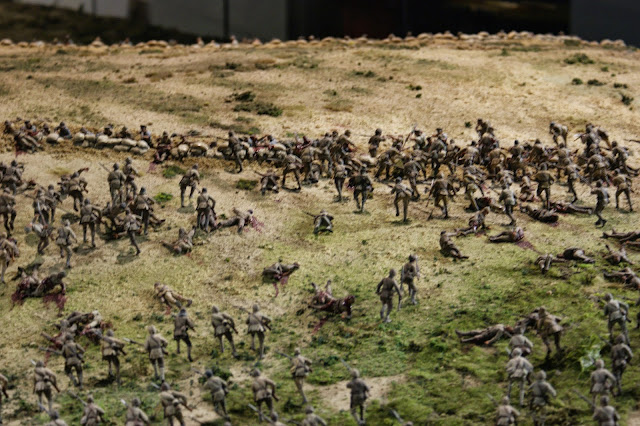 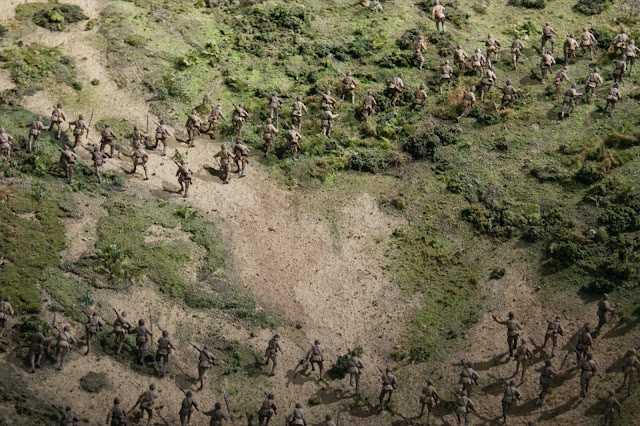 4. The New Zealanders were relieved on the night of 9/10 August by 2 British battalions, but these quickly succumbed to a counter-attack led by Mustafa Kemal, who was to become the founding President of Turkey. (http://www.nzhistory.net.nz)

I am proud to have played a small part in producing this awesome diorama. It is dedicated to the memory of the men who paid the highest price in Gallipoli. Lest we forget. 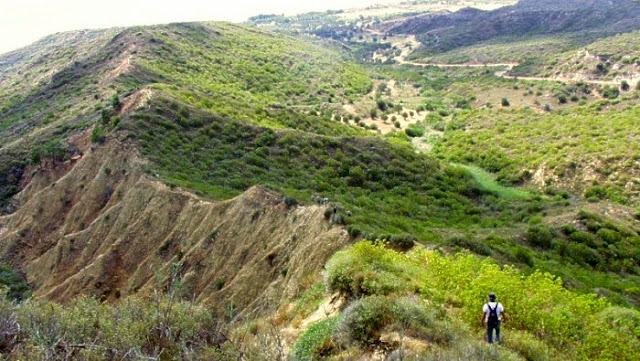 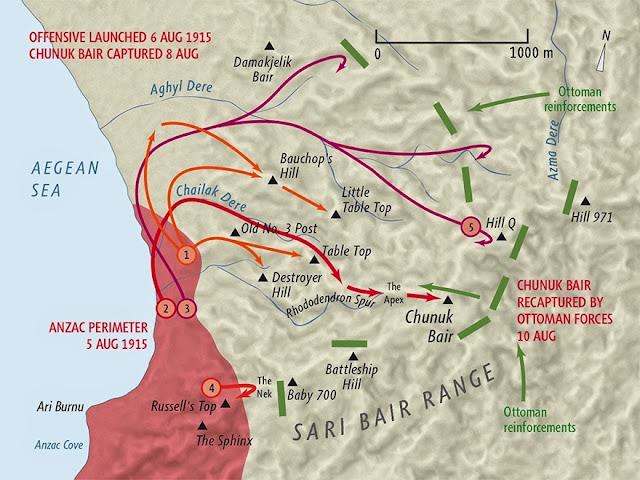 and Fern and Sam's Napalm Elf and Rebel Scum

Posted by Herman van Kradenburg at 04:18