Xmas has come and gone, with yours truly working all the way through. Little time for blogging, less time for gaming, snatching a few moments to paint here and there.

Anyhow it is almost over now, and when others go off back to work, we start to play...
Took the boat trailer for a warrant of fitness this am, dusted off the fishing rods.

Thoughts turn to the joy that Santa brought...an inflatable water "biscuit" to be towed behing the boat; a book on Gallipoli; a close-up lens to fit my phone for better photos of my models...

and a package from Wayland Games. To Dad. From Dad. With Love.
3 boxes of Gripping Beast Arab minis  to add to my current favourite obsession.
Saga. 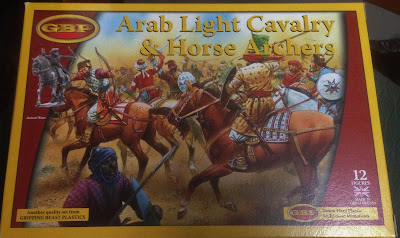 I have recently repainted all of my LOTR figures as spanish troops. Yes, I think it worked. No, not Bilbo and Frodo or any other hobbit! Numedoreans, Harradim, Rohorrim, and other last standers.
Amazing what can be done with a suitable colour scheme and imagination.
Bought some Spanish horsemen off Facebook. They just needed basing. Were already well painted. 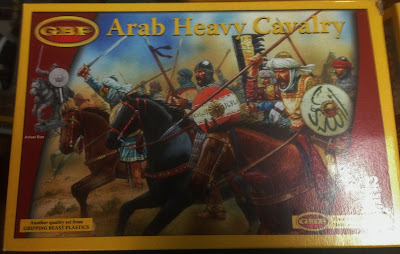 So Santa's gift under the tree, from me, to me, was 3 boxes of Arab troops: Infantry, light and heavy cavalry. Can do a lot in Crescent and Cross with that mix! And Christian and Muslim dice!

Now just to assemble the figures... 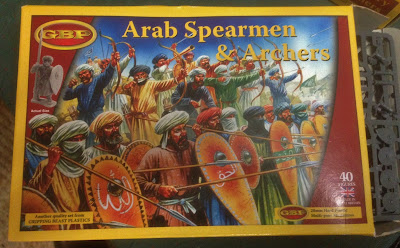 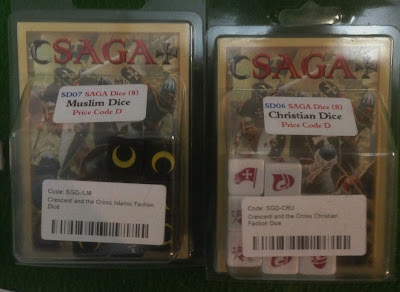 Posted by Herman van Kradenburg at 17:31 No comments:

Saga and Kings of War:

After the demise of the Warhammer world

My wargaming has changed irrevocably. I am no longer the prisoner of Games Workshop.

I have spread my wings and left the Age of the Sigmarines to those who wish to partake. Flames of war trundles along, but I wait for inspiration on that front. My attention and fervour has turned to Saga 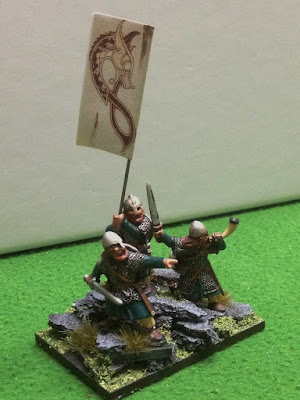 Started off with swapping some ratmen for 28mm Normans at the Kapiti Wargames Club's open day. Needed the push, did I (?) So off we go...few clicks of the mouse later and we are on Gripping Beast's website, and not long before the my Vikings arrive, and the rulebooks, and Cross and Crescent. Look-Shinitis strikes again. 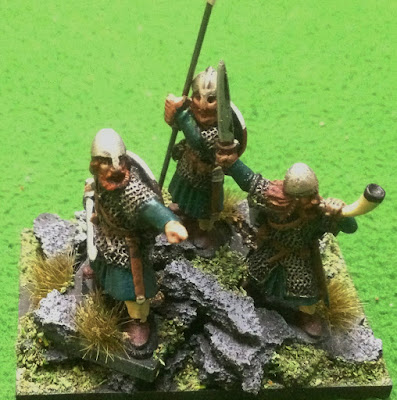 Quite happy the way my Viking command turned out

I am now the proud owner of enough Vikings to fill two 16 plus point warbands, same with the Normans and also a Spanish warband. The long unpainted LOTR figures have become quasi-Muslim warriors, or Spanish infantry. And we have enough for a war. 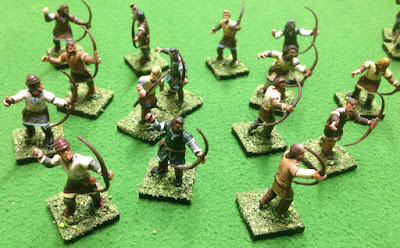 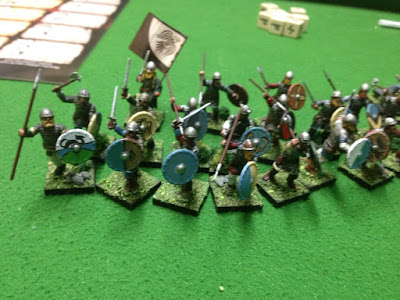 First out of the blocks is a Vikings vs Normans 4 pointer against my son. I draw the Vikings, he gets the Normans on roll-off. Civilised that way, we are.
Complete novice agains couple-of games- (ahem) veteran. Great fun. 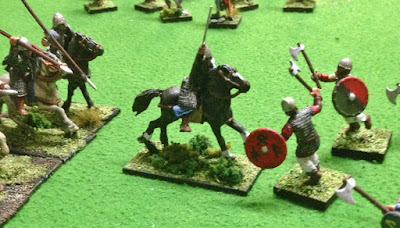 Luc kicks Dad's a$$ with the Normans. Dex Aie.

Twice that has happened to my Viking warlords. Starting to hate that ability. Anyhow, loving Saga. Very satisfying models to paint too. Nice to run the History channel's Vikings series as background on the PC. Or Youtube search for Norse music. Lots out there. Stirring stuff. 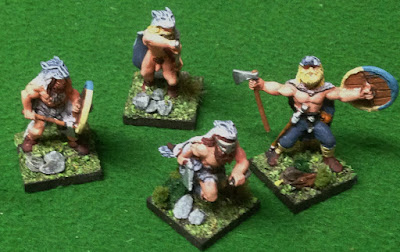 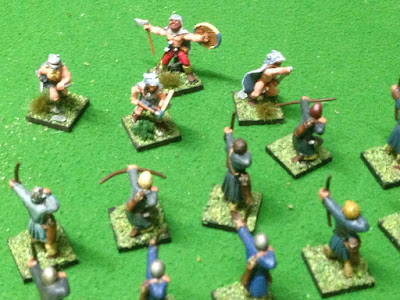 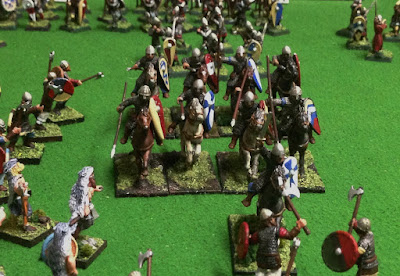 Ulfhednar and Bondi with great axes taking on the Norse cavalry 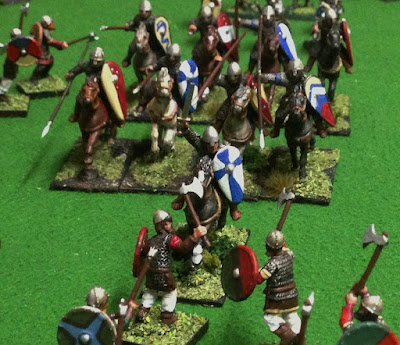 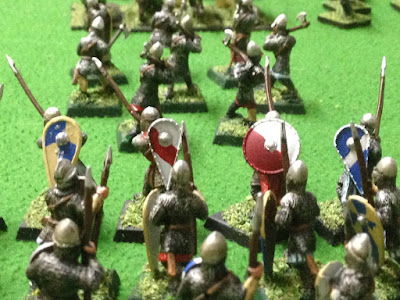 While the Norse infantry follow behand their warriors, also equipped with the Dane axe.
(Not that it gives any extra benefit to either faction.) 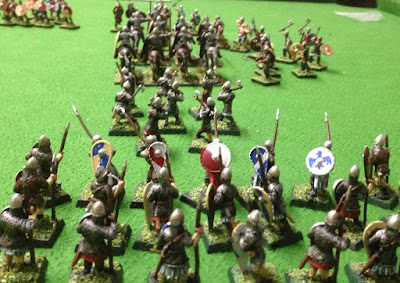 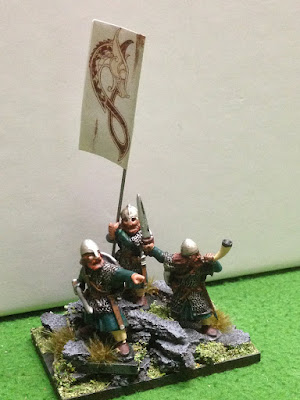 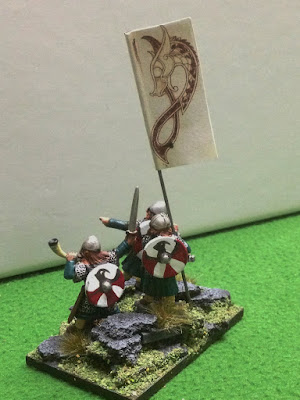 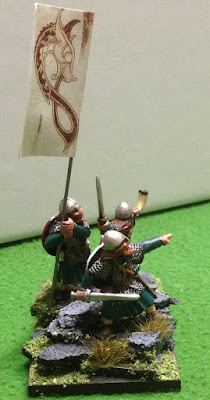