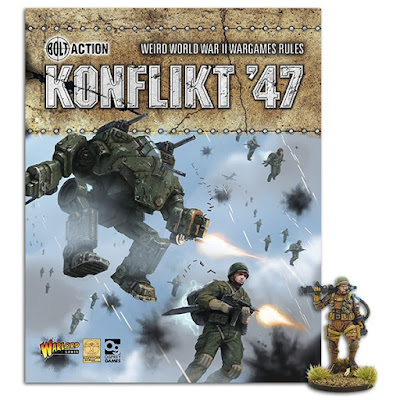 Looks like both Bolt Action v2 and Konflikt are about ready to launch. 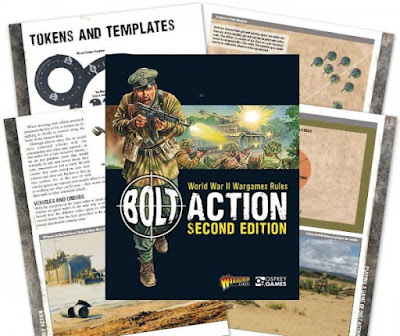 Prelude to a game...

"Konflikt '47 is set in a world very much like ours. In fact, its history is indistinguishable from our own until 1943 when the Manhattan Project's test of a prototype nuclear device opened a rift in the fabric of space. When the Fat Boy atomic bomb was dropped on Dresden on 12 March 1944, it created a second rift, and German scientists quickly set to work studying it.

Both rifts began to relay signals from unknown sources. These signals were largely indecipherable, but occasionally one would convey a formula or scientific theory that permitted huge technological advances..." 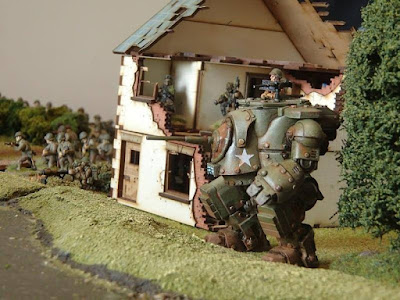 Looks like there was a collaboration with Clockwork Goblin minis on the futuristic vehicles; produced in 15mm. Anyway they look delightful !

"Both the US and Germany were reluctant to share these advances with their allies, and in May 1944, Stalin declared the US to be an enemy of the Motherland.

Fully compatible with the incredibly popular Bolt Action rules, this standalone rulebook takes the war to a completely new level. Players are given everything they need to field forces incorporating the incredible weapons and technologies made possible by the rift signals, and to engage in tabletop battles for supremacy and survival." 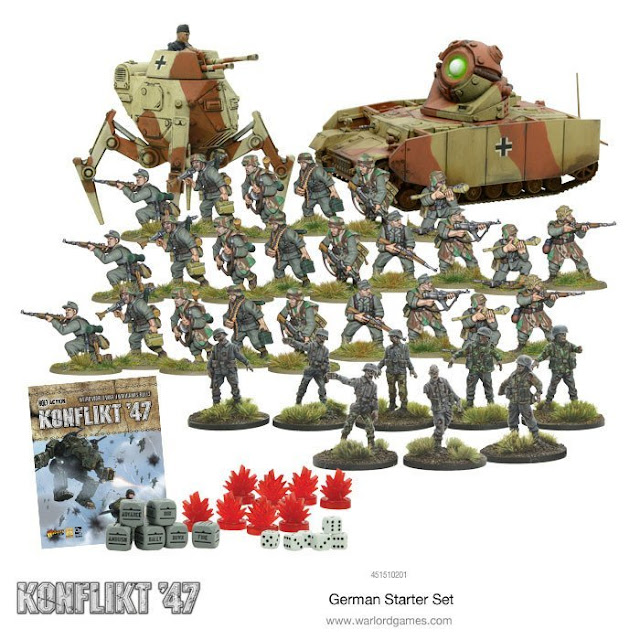 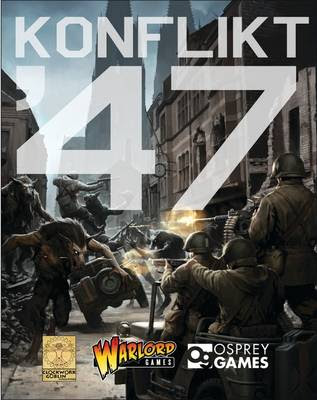 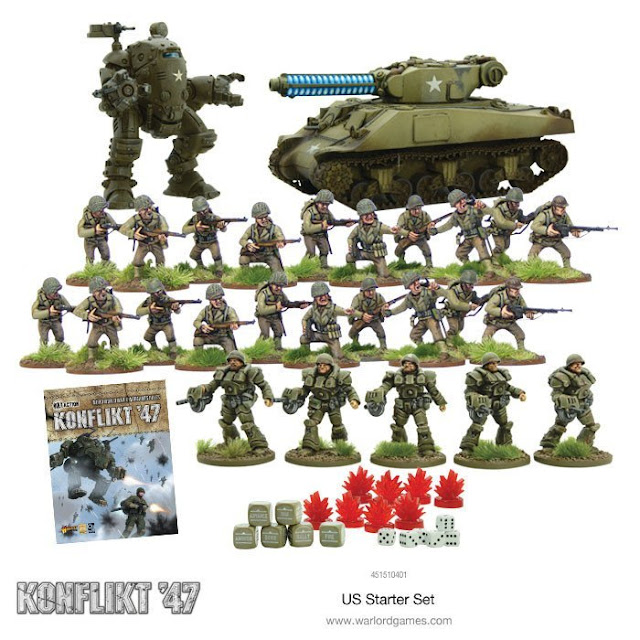 Using the basic WW2 infantry sets, most Bolt Action players will already be well underway to a Konflik Army... 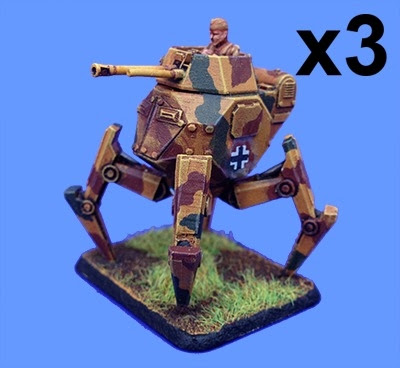 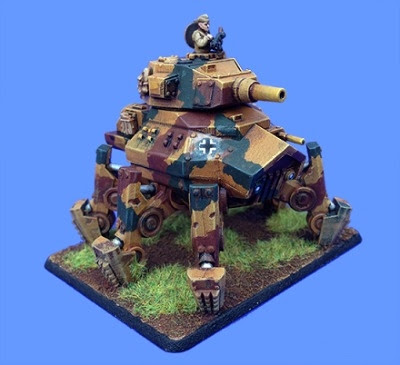 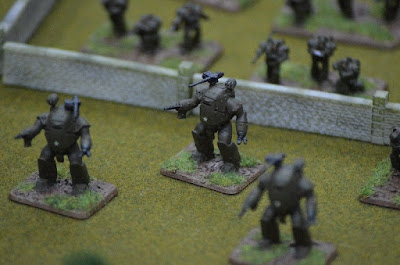 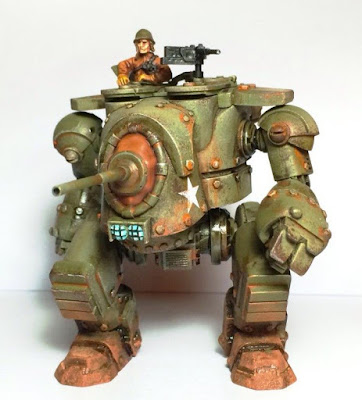 I'm even thinking of using my Olleys Armies Scrunts or Hysterical Games Panzerfauste minis, and Confrontation Wulfen, if the size fits!

I really like the look of the Hysterical Games minis:

Don't know how I missed the Kickstarter!

Who does not want a Panzerbär... 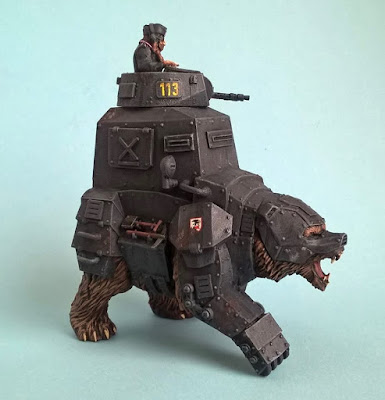 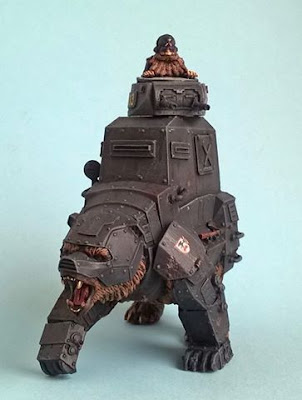