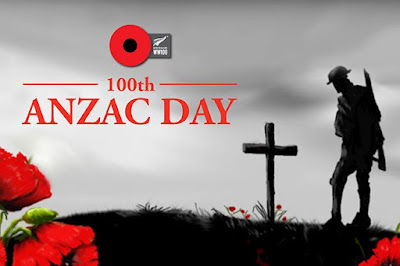 Australia and New Zealand pauses today to remember their war fallen.
101 years ago today, the fateful landings to try and secure a strangle-hold on the Dardanelles forged the nationhood of the antipodean cousin countries as we know it today.

100 years ago the first ANZAC commemoration services were held.
Lest we forget.

Sacrifices that thousands have made on the battlefields of the world to guarantee our freedom. 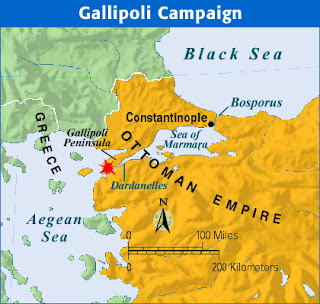 It was Winston Churchill's brain-child to force open the way to Constantinople through the Dardanelles straits to the Bosporus, allowing Russia, who was access to the Aegean.

He tried first with the Royal Navy, assisted by French and Russian ships, but was given a bloody nose by the Turkish forts and gun emplacements. 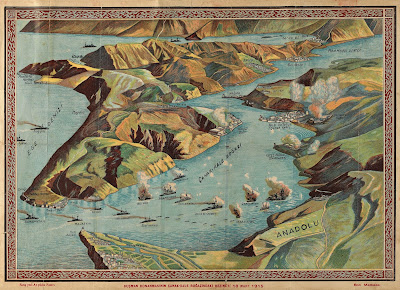 The fateful decision was then made to take the approaches by land, across the Gallipoli peninsula. 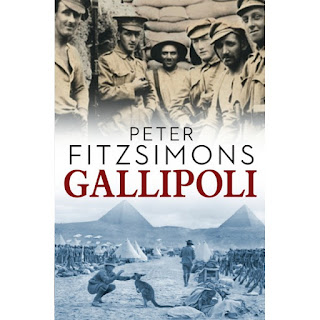 I am currently reading Peter Fitzsimons' book, written from the Australian perspective.

The history is probably familiar to many, so I am not going to dwell on that.

It suffices to say that it was a massive waste of lives. On both sides.

Not only was there massive sacrifice by New Zealanders and Australians, but many other nations took part in the futile assault. Indian and Gurkha troops, French, British, Canadian and many other allied countries.

What I did learn from the red bandanna wearing Australian's book, is the interesting role

Australian Navy submarines played in the naval engagement part of the campaign. 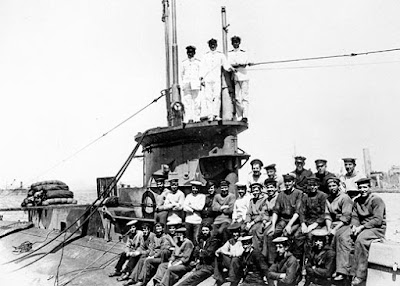 Captain Henry Stoker and the crew of AE2. The stuff of legends.
The submarine has subsequently been found, and remains in the sea of Marmara 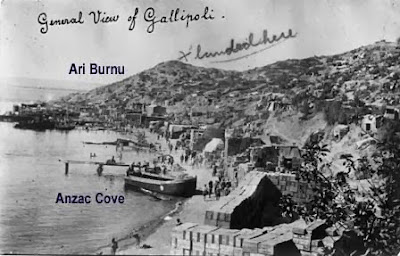 The narrow stretch of land known as ANZAC cove 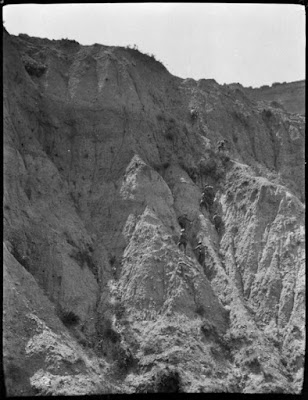 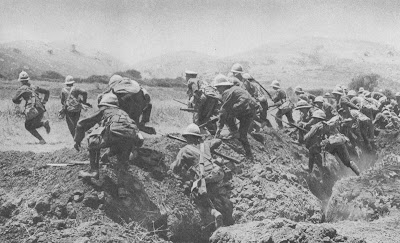 Cease-fire to allow both sides to bury their dead.
ANZACs in the foreground, Turks in the background

Memorial to Mustaf Kemal (later honoured as Ataturk)
The Turkish commander whose skills as commander swung the battle the way of the Turks.

Numerically, the Turks suffered more casualties that the Allies put together.

Posted by Herman van Kradenburg at 16:17