We decide to have Late war Soviet Push for Berlin game at the annual open day.

I realised that I had a great deal of unpainted and half-built Armourfast Soviet tanks and tank busters sitting under my work area, so out came the glue and paint: 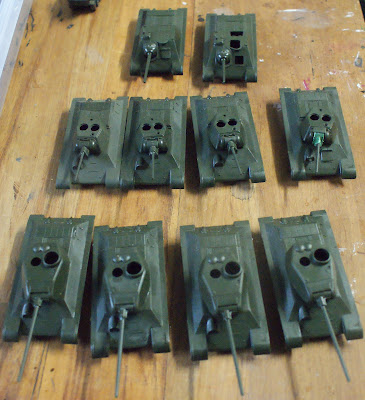 A lone halftrack makes a quick getaway, while tigers huddle in their plastic container. 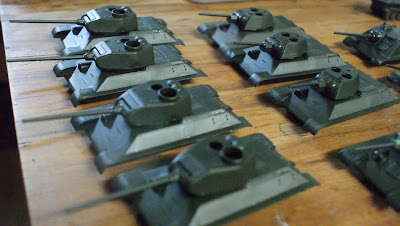 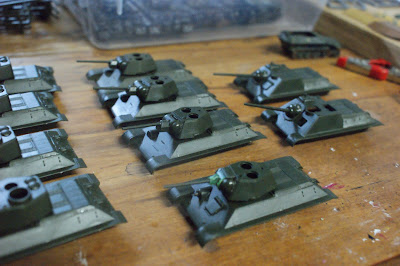 One model had been waiting so long that it somehow lost its gun mantlet. KV1 mantlet and green stuff to the rescue 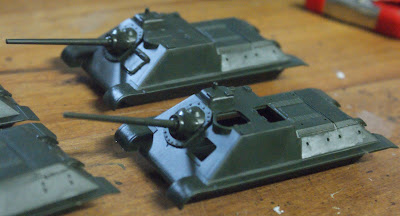 Posted by Herman van Kradenburg at 04:02